Hey there, let’s be honest…

…When that REALLY smoking hot and amazing woman who you were crazy about told you: “I’d rather just be friends,” did you say: “Sure, I’m cool with that,” in hope that she would someday change her mind? 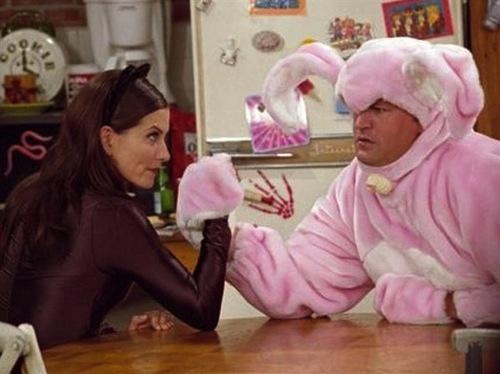 Did she ever change her mind? Probably not. In fact, she might have even told you that she was “not ready to date” or that she had “just come out of a really bad relationship,” only to turn around a few days later and start dating some guy who just came from out of nowhere.

Are you tired of seeing this happen to you? How would your dating life change if you could stop landing in this dreaded “friends zone” and start being the “guy who came from out of nowhere?” If this sounds like it might work for you, there are two things you MUST learn to do starting right now:

This is exactly what you’ll be learning in the next two emails. Let’s start with proving to her that you are not like most men. First, ask yourself this…

What Are Most Men Doing to Attract Her?

In any field, you can almost always identify the true geniuses by one variable: they are doing things different than the majority of people are. This is especially true in the dating world. The more attractive a woman is, the more men she has competing for her attention. What do you think most of them are doing?

They are going out of their way to try and impress her and please her by becoming the kind of man that she expects them to become. They are making themselves available to her all the time and going completely over-the-top to win her attention.

Seems like a pretty good strategy right? Well, let’s look at things from her point of view…Imagine that you had a dozen people competing for your attention who were all doing nice things for you. Is there any way that you would be able to give all of these people your attention?

After a while, wouldn’t you just want to tell them all to take a hike? If so, you just got the general idea of why women reject men who go over the top to win their attention. Women are tired of this, and they are bored by it.

So as a defense, they have mastered the art of keeping their would-be suitors at an arms distance: filing them in the friend’s zone. Meanwhile, the man who comes along and doesn’t shower her with attention but who seems slightly disinterested, a little mysterious and who is a little bit of a bad boy has her eating out of his hand.

Why, because he gives her a sense of variety, excitement and adventure. He also shows that he has the strength to maintain his identity while other men are busy wrapping themselves around her finger.

So, How Can You Stand Out?
Before you go out on another date, stop and make a list of all the ways that you are going over the top to attract a woman. If these aren’t things which are a part of your life or are out of character for you, ask yourself why you’re doing them.

If it’s simply for the sake of impressing a woman, she’s probably smart enough to know that. She’s probably wondering whether or not you’re going to stop doing those things and assume that you have her interest.

Until you’re honest with yourself about these things, you’ll never display a genuine character which will attract quality women. But once you do, you’ve taken the first step to her that you are a good catch…