Have you been spinning your wheels trying to attract women using only physical tactics? If so, you are about to be introduced to an entire new realm of possibilities… 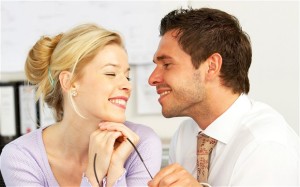 Did you know that there are psychological tactics that you can use to create amazing attraction… regardless of what you look like? If this sounds too good to be true, keep reading and discover just how easy it can be…

Do you know something interesting that you can tell a woman about? Do you have some kind of an entertaining story that you think might appeal to a woman’s emotions?[Read: How To Addict Women With Love]

You know, most of the time when guys have something like this they fire it off right away in an attempt to impress a woman.

The only problem is that the excitement wears off quickly and the woman loses interest. But if you build suspense and curiosity by only telling her part of it, and promising to tell her the rest later, you can keep her attention longer.

For example, if you’re leaving a message on the woman’s voice mail, sending a text, or sending e-mail to tell her something exciting; don’t tell her all of it right away. Instead, say something like: “Hey, you’ll never believe what happened today. Call me when you get this message.”

You can also use curiosity when you first meet a woman by not telling her everything about yourself. For example, instead of telling her where you’re from or what you do for a living you can say something like: “Yeah, people in my hometown used to say I was_____.” or “Yeah, I’m kind of interested in ____, probably because of what I do for a living.”

The important thing to do here is to move right on to another subject before she has the chance to ask you: “So where are you from?” or “So what do you do for a living.” This will give you a chance to use her curiosity to keep the conversation open and to find out more about her.[Read: How To Have An Unshakeable Confidence With Women]

One of the most popular authors of all time was the great mystery writer “Agatha Christie.” Do you know why people (especially women) were so interested in her stories? Because the stories kept them guessing. They provided a sense of excitement and adventure. They appealed to a person’s desire to satisfy the emotion of curiosity.

Curiosity has the power to influence people to do things they normally wouldn’t do, sometimes things which are dangerous or downright stupid. Of course, you can’t build an entire relationship on the concept of being mysterious or arousing curiosity.

However, you can use these tactics to keep a woman interested long enough to find out the good qualities about you. How do you do this?

Well, let me ask you this:

Do you feel the need to tell a woman everything about you and answer every question she asks in the beginning?

If so, no matter how interesting you are, she is probably going to lose interest once she realizes that she knows basically everything about you.

Of course, there is always something new to learn about someone. But most of the time, people will only stay interested and curious if they don’t know the basic things that they “should” know about someone: what they do for a living, their family background, their hobbies, where they grew up etc.[Read: How To Tell She Is Interested In You]

By keeping these things in mystery, you will automatically make yourself a book that women want to read. Just try it. The next time that you meet someone (anyone), leave out a detail about yourself that you normally would reveal early on.

You can bet that the longer you keep it from them, the more intrigued they will become to learn about it.