You meet a woman that you are REALLY interested in. You have an amazing conversation with her, and she even agrees to go out on a date with you. Finally, it seems that your luck is changing when it comes to your romantic life! So you’re all excited about being with her, and you really want to make sure that you make a good impression. You do everything that you hear women saying that they want a guy to do for them: 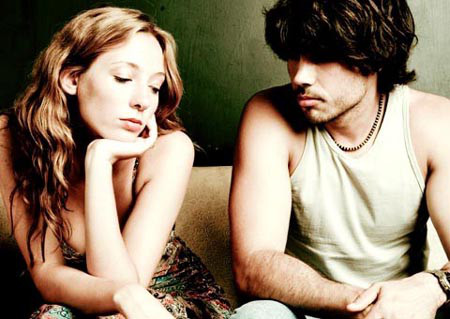 You take her out to nice restaurants, you buy her things, you shower her with compliments and you practice impeccable manners such as: opening the door for her, being a good listener, returning calls, and even calling her every day to tell her how much you enjoy having her in your life…[Read: How To Addict Women With Your Love]

She stops returning your calls, she starts to become distant. In a desperate attempt to reignite the flame you continue to be the nice sensitive and thoughtful man that any woman would be crazy to not want in her life.

Then you hear the dreadful words that you’ve heard so many times before: “I like you more as a friend”, or “I’m just not ready for a relationship now.”

Or even worse, she drops almost completely out of your life, and a few days or weeks later you find out that she is dating some “jerk” who is nowhere near as nice and as respectful a guy as you are…

AGHHH!! Don’t you hate that?

Why do women lose interest in NICE guys? It’s all that you ever hear them talking about: “All the good men are taken.” And here you are: a nice single man who none of these women will give the time of day…

If this sounds familiar to you, and if you are ready to finally understand this great history of life, then this might be one of the most important things ever read…

Nice is Not Attractive

Remember that a woman’s attraction instinct is genetically programmed to cause her to gravitate towards a man who will meet her basic need for safety and security.
Regardless of what women might say, most of them aren’t self-aware of the fact that this is what’s really driving their attraction to a man. If you doubt this to be true, just find a woman who is attracted to a man that seems to be a bit rough around the edges, a slightly obnoxious “jerk”, and ask her what she sees in him.

The answer probably won’t make a lot of sense, and she might even tell you that she’s not exactly sure herself. In fact, if you are in the habit of being the nice “best friend type” guy in her life, she might even go out of the way to complain to you about him.[Read: Mistake Men Make On Women]

So why is she with him?

Because he makes her feel safe, and that makes him attractive. This does not mean that women are attracted to men who are disrespectful and who mistreat them. But if it’s between a nice, soft and sensitive guy and a rough, slightly bad boy…who do you think is going to make her feel safer?

Who would you rather take into battle with you? As counter-intuitive as this might sound, it’s important to remember that a person’s raw subconscious desires are often irrational and many times completely contradictory to their conscious reasoning.

Just think about all the people who you know that want to find a better job, lose weight, save money or pursue some other goal but they just can’t bring themselves to take action.

This failure to take action is influenced by some kind of a subconscious desire for comfort or safety. In fact, many people, both men and women alike, even choose comfort and safety over their own happiness.

This is a clear example of how a person’s subconscious desires drive their actions, while their “beliefs” and their words seem to be telling a completely different story.

Is it beginning to become clear to you why women aren’t attracted to “nice” guys, in spite of what they might be telling you?

If so, then you’re ready for a change that will send your dating life spinning off in an entirely new direction.

But first, it’s time for some brutally honest self-analysis…

How Nice Are Nice Guys Really?

If you consider yourself to be a nice guy, this might not be something you are ready to hear. But if you are being a nice guy strictly for the sake of winning a woman’s attention or approval, you aren’t really doing it because you’re a “nice guy.”[Read: How To Make Young Women Like You]

You’re doing it because you want something. Now before you dismiss this and say: “Oh, I’m not like that. I really do care about the women I’m interested in,” you need to ask yourself this question:

What is your response to a woman when you find out that there’s absolutely no way that you will ever have a chance at dating her?

I’m talking about a woman that you were absolutely head over heels crazy about and were showering with compliments and treating her like a princess. Were you doing this because you are such a nice guy or because  you wanted something from her? Before you answer that, take an honest look into your past and see if you can  remember a specific circumstance where you struck out at a woman even though you were being a nice guy. How did your actions and attitude towards her change?

Did your love and friendship for her crumple like a flower in the winter? And what kind of a role are you playing in her life right now? Are you best friends, are you speaking anymore, or do you have no idea where she is or what she’s doing?

No matter how noble you might have thought your motivations were for trying to win her attention by being “nice”, the answer to these questions will reveal just how noble your motives really were.

Now don’t get me wrong, it’s completely fine to do things which are in your best interest.. it’s human nature. But it’s also important that you are honest with yourself about what you are really doing when you are being a “nice” guy.

I say this because women are intuitive enough to “smoke out” when a man is being real and genuine, and when he has an agenda. If she senses the latter, it doesn’t matter how nice you are to her. In fact, being nice can even end up being a hindrance because it just reminds her that you are out to get something.