Ever wondered what turns on a woman? To most men, this is one of the great mysteries of life… and it remains a mystery for life. If you’ve been one of these men, you’re probably frustrated with the quality and quantity of results you’ve had in your  dating life. 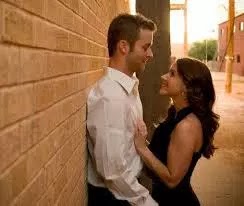 Well, it’s time to put an end to the mystery for good. In addition to this, I want to tell you a few dark little secrets about how you can tell if a woman is really interested in you. [Read: Signs to tell if a woman likes you]

But first, let’s unravel this mystery about what turns women on…

If you’ve ever asked a woman what really turns her on, your confusion is probably greater than it would be if you had never asked in the first place. You’ve probably heard all of the things like: “the guy who has good manners,” “a guy who is polite,” “a guy who knows how to treat a lady”…blah, blah, blah.

Most people aren’t happy with their health, their financial life and many other things…men and women alike.

Of course, all of these people tell stories about what they really want… but those stories are never made manifest in their actions. If you want to know what women (or people for that matter) really want, you have to stop listening to their words and start paying attention to their actions. [Read: Tactics to make a woman like you]

Don’t Let the Myths Fool You

First of all, a lot of women put on an act as if they don’t like sex that much. But this is mainly because of a societal conditioning that women who are open with their sexuality are trashy. Don’t let this fool you.

Women talk about sex just as much as men do, and if they are interested in you, they will get turned on by talking about sex.

Does this mean that you directly approach a woman and talk to her about having sex with her? No, of course not. What you have to understand is that women aren’t as direct to us when it comes to communication…especially about sensitive topics such as sex.

But if you master the art of indirect communication, you can talk about sex to a woman or make suggestive comments and get her REALLY aroused.

In addition to this, you can use playful touches such as brushing her hand, hip checks, hugs, tickling and other innocent touches to get a woman turned on. Just be smart and know when to say when. If a woman is clearly not responding to this kind of interaction, you are either moving too fast or she is not interested.

But if she is, your touching her will suggest to her that you are playful, confident, and that you are comfortable with being close and intimate. This is a turn on for women, and they WILL reciprocate it if they are interested in you.

Make it Easy For Yourself

Okay, so what if you are not completely comfortable with touching a woman? Is there a way that you can “test the waters?” Of course!

To start with, practice touching something like her purse, her ring, her necklace (careful with that one) or
best yet…her cell phone. This will get you both comfortable with entering her space, and you’ll be able to judge by her reaction whether or not you can take it to the next level.