Do you ever talk yourself out of doing something? For example, approaching a woman who you are interested in? You know, it’s like you have that little voice of doubt that you just can’t silence, that talks you out of doing things by instilling fear and doubt? 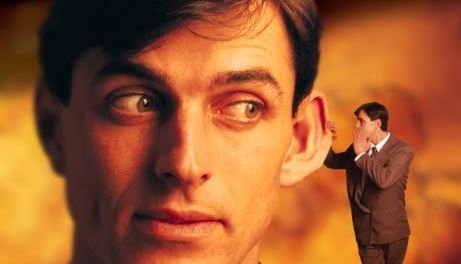 Well what kind of a difference would it make in your dating life if you could turn that voice off for good? If you think that this sounds too good to be true, you’re about to find out just how easy it is to turn off your voice of inner fear and doubt…[Read: How To Recover From A Breakup]

Before you can have any hope of getting rid of “negative self-talk,” you have to learn how to stop it dead in its tracks. Most people are controlled by the influence of their inner voice because they feel that it is on autopilot and never stop to think about whether or not they have the choice to turn it off.

But you can defeat this enemy much easier once you develop the habit of recognizing it and interrupting it. The best way to do this is to carry around a note card in your pocket and write down one of your common negative phrases on it.

For instance, if you find yourself saying: “I’m a nobody”, write this phrase down on the note card and draw a line through it. Then, write something beneath the phrase like: “I’m a great catch.” Carry this note card with you, and every time you find yourself saying: “I’m a nobody,” take the card out and make a hash mark on the card. [Read: What Turn On Women]

Do this every day for a month, and you’ll find that the hash marks get fewer and fewer as time goes by.

Overcoming negative self-talk can only be permanently accomplished when you find a replacement for your negative phrases. As you are getting yourself into the habit of interrupting your negative self talk, make it a point to reaffirm something positive to yourself, and do it more than once.

For example, instead of simply taking out the card and making the hash mark, read the phrase: “I’m a great catch,” once or twice, and say it in your mind (or out loud if possible), several more times after putting the card away.

While this might sound trivial, it’s important to understand that your negative self talk was formed in the same manner. Somewhere in your past, someone might have told you that you were a “nobody.” Over years and years of continuous repetition, this phrase became “imprinted” in your brain.

This is actually the way that beliefs and perceptions are formed within the subconscious mind. The good news is that if they can be formed this way, they can also be altered.

Many people are completely unaware of the fact that the way they talk to themselves is what determines their perception of themselves. This perception is also known as your self-image, and it has a powerful influence over your beliefs about what you are capable of and what you deserve.

What you’ll find is that when you’re inner voice changes from negative to positive, your image and perception of your own value will change with it. As this happens, your outer behaviors will automatically begin to manifest this change. [Read: Ways To Control Emotion Around Women]

In other words, instead of having to act confident and assertive, it will be a natural part of your body language, tone of voice, posture and other exterior behaviors.

As you might guessp, this will dramatically increase your chances at making a good impression on women you meet. It will also help you to make use of the most powerful psychological tactics for attracting women.