Picking up women seems so easy for some men. They instinctively choose the right combination of words, looks, and body language that will melt the heart of many a woman. Unfortunately, not every man is like that, and there are plenty of men who already have sweat on their foreheads when they just think about talking to a woman. 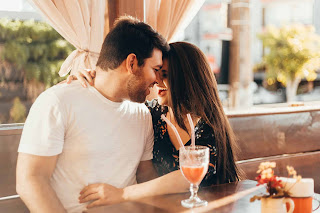 The fact that you have clicked on this article gives me a clue that you probably belong to the group of men who find it difficult to approach women…or maybe not. What exactly do you have to say to a woman if you want to take her in? Although there is of course no answer to that question that applies to all women, I can help you on your way. I will show you out in this article!

Why does it work to compliment women?

If you search the internet for advice on how to pick up women, you will soon end up on the websites of so-called pick-up artists. These men promise to teach you how to get any woman into bed. Many say you can do that in very strange ways. [Read: The science behind human attraction]

For example, Neil Strauss, author of the well-known book “The Game”, talks about a technique called “negging”. You would pick up a woman by making unkind comments to her. If you raised your eyebrows a little skeptically, you probably won’t be surprised by what I’m about to tell you: these guys are chatting away.

Whatever these immature, frustrated guys may say, it actually pays a lot more to be nice to women.

Neil Strauss himself no longer supports what he wrote at the time.

Ultimately, seducing women is all about creating intimacy and a bond of trust. If a woman feels safe, appreciated, and admired by you, she is much more likely to go home with you. You don’t achieve this by being a jerk to her. That said, she will probably think you’re another creep that women often meet on the street. She will give her number to the police rather than you.

How to hit on women

The thing that can help to attract women is giving compliments. While this may seem like a cliché, women (and men) are just a lot more attracted to people who are interested in them too. You can show this by expressing your appreciation and/or admiration.

I actually think it’s weird that I have to say this, but compliments work a lot better than insults.

Okay, so if you want to hit on a woman, you better listen to your mom than Neill Strauss, but that’s not enough. Giving compliments works, but you will already sense that complimenting alone is not enough. That’s why I’m going to tell you how to best use compliments throughout the flirting process. [Read: How to gain confidence to approach women]

Warning: don’t lean too much on your compliments.

I have hopefully convinced you that it works well to give compliments, but I also mentioned that compliments alone are not enough. In fact, if you go too far in complimenting women all the time, it can actually backfire. I will now explain exactly how that comes about.

When someone gives you a few compliments, you will likely feel flattered. However, if someone showers you with compliments, after a while you will also realize that it is not sincere. From that moment on, your chance is gone forever.

Too many compliments make you seem creepy

In fact, it will make you look a bit like a creep. Men who compliment a woman every two sentences come across as very eager. Of course a woman often also wants to sleep with a man, but then a man who is interested in her. They don’t want a man who just wants sex with the first woman.

No one says twenty times in a row how nice someone looks because they mean it.

Throw a compliment to a woman, but do not do it too often. In between, you will just have to keep a nice conversation going. With this, you show that you are interested in her. You do this by asking her questions about her life, listening to it, and responding with nice stories. [Rea: Reasons why women reject men]

Okay, so compliments aren’t some kind of holy grail you can get every woman into bed with. However, they will certainly help you if you use them properly. For this, however, it is equally important to know what kind of compliments you can give a woman when flirting with her.

What kind of compliments can you best give a woman? 3 examples

Okay, you know that compliments can go a long way in helping you get better at flirting. Now there is probably only one burning question left on your lips: what compliments should I give a woman? Effective compliments will of course differ for each and every woman, but that does not mean that there are no general tips that can be universal to every woman.

That’s exactly what I’ll be doing in the rest of this article. Note that you may never have a guarantee that a certain compliment will work, and you always have to think a little for yourself. However, there are certainly some examples of compliments that almost always get it right. I will explain the following compliments:

Example 1: Compliment her on her clothes

However superficial it may sound, people (women and men) just love to hear that they look good. At the end, all are a bit vain, superficial, or just a bit insecure, so something like that is always nice to hear. You can respond to this, but you must do this in the right way, otherwise, it can come across as wrong.

If you compliment a woman on her body, for example by saying that she has a beautiful figure, it can sometimes go wrong. Some women will just love this compliment to hear. Other women will find this to be superficial and sex-hungry. A compliment about her face, for example, is a bit better, but this can also come across as superficial.

Flirting is about finding a balance: you want to show interest, but not appear too eager.

A compliment about her body later in the evening is probably fine. In any case, you should not come in with it, because then you immediately make it very clear what are your intentions. This will probably put her off. I will tell you more about this later.

Example 2: Make it clear that you think she is funny

If there’s one thing women are insecure about is to be told they are not funny enough. This is an idea that some men believe that women are naturally less funny than men.

Ultimately, of course, it’s really not that women for one reason or another wouldn’t be able to tell jokes. But if you think about it for a moment, you can probably imagine why many women are insecure about this. If you want to get a woman to bond with you, it can help to ease this insecurity. A compliment can be very suitable for this.

If you hear something often enough, you will naturally believe it.

Just laughing every now and then when she makes a joke can go a long way. And if you also explicitly tell her a little later that she is funny, then it really can’t go wrong. This is something she probably really wants to hear. That’s why I think it’s one of the most effective compliments you can give to a woman.

Not only that, but it is also a very original compliment. Most men don’t even think of saying such a thing. Although women have often become completely insensitive to the standard “pick-up lines”, you will probably be able to get through to her with this compliment. This is the second element that makes this compliment so effective. [Read: How to make beautiful women attracted to you]

Example 3: At the end (not immediately!) Give her a few compliments about her body

Earlier I said that you should not compliment a woman on her body right away, as this can come across as superficial. Ultimately, of course, you are trying to get a woman into bed. Maybe this is only in the short term, but even if you are interested in a relationship, this seems desirable in the end. How do you do this?

If you are with her in the evening, give a compliment about her body. Although you should certainly not do this too early, you will eventually have to do it. It is important that you know how to create not only trust and intimacy but also a real physical attraction.

But when exactly should you do that? The exact moment when this compliment will be most effective will be different for everyone. In any case, it’s after you’ve been talking about other things for some time. If you start to feel that there is a click and she feels relaxed with you, you can try one of those compliments.

So what can you say exactly? As far as I am concerned, it is often okay to say that you think someone has a beautiful figure. This is a compliment that the most prudish women will not mind very much, and that will be quite tame for other women. This is ideal: from her reaction, you can deduce how far you can go further.

We have shown you three examples of compliments which you can give a woman to win her. It won’t always be easy, but I’m confident you will succeed!