You may know the saying that women are from Venus and men are from Mars. This means that men and women are completely different beings, who deal with certain things very differently. Of course, this can sometimes lead to clashes, and nowhere is this more evident than when it comes to flirting. 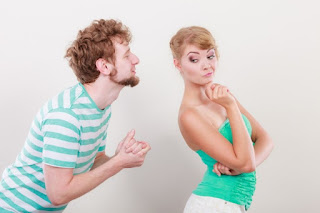 A good example of this is playing “hard to get”. Women often pretend to be less interested in men than they actually are, forcing a man to try harder. Men often do not understand this, because they themselves are much more direct in their approach. They are therefore often too quickly put off when women do this.

So why do women play hard to get? We have 3 reasons for this.

As I just said, it is not easy for men, who are often very direct in their approach to flirting, to understand why women would play hard to get. If you like someone, isn’t it easier for everyone if you just say that you like them?

There is certainly something to be said for this, but I will try to explain to you why women usually don’t do this. The following three reasons are the most important in answering the question of why women play hard to get:

I may be generalizing a bit here, but in general, it is really true that women are more choosy than men when it comes to their choice of partner. I mean both their choice for a long-term partner and their choice for a one-night stand. The latter may sound strange, but it can all be explained scientifically. [Read: Importance of body language]

In fact, from the point of view of evolutionary theory, it makes perfect sense that women are more choosy in their choice of sex partner. A man can father as many children as he wants, but a woman can basically have a child only once every nine months. Instinctively they are therefore pickier because they do want strong offspring.

This is all unconscious of course. Women usually don’t consciously think about whether you would be a good father or whether your children would be beautiful, especially if they are just looking for a one-night stand. However, in their subconscious, these primal instincts still play a role, and this is why they are so picky.

Reason 2: Women are afraid of slut-shaming

Men and women have become more and more equal over the years, but unfortunately, that is not yet the case in all areas. A good example of this is the phenomenon of slut-shaming: if a woman goes to bed with a lot of men, she is called a slut. When a man has sex with a lot of women, people think it is tougher than a bad thing.

While this isn’t fair of course, it’s just the reality, and this is one of the reasons women tend to play hard to get. If they appear too willing, they fear people will see them as easy. In our society, it is still the case that women are judged for this. [Read: Best way to control emotions when you are with women]

Women don’t always want to play hard to get, but they often feel they have to.

This is a pity for both man and woman: the woman does not want to play hard at all but feels that she has to because otherwise she is seen as a slut, and the man has to put a lot more effort into finding out if a woman likes him or not. Nevertheless, this is unfortunately still the reality in this 21st century.

Reason 3: She genuinely likes you

Another reason someone might play hard to get is that they might just really like you. If a woman feels that she might want more than just a one-night stand with you, she still wants to play hard to see if you really like her. She’s not interested in one fun night: she wants the opportunity for something serious.

Many men give up as soon as a woman plays a little hard to get, while this often means that she is interested in you.

In addition, playing hard to get is also just a flirting technique, and studies have shown that this works reasonably well. People are more likely to be attracted to things or people they cannot get so easily. So you probably want her more if she makes it a bit difficult for you. In this case, it means that she is interested in you if she plays hard to get.

These are the three main reasons that women play hard to get. One thing in common with these three reasons is that: it has nothing to do with women not liking you, and can even mean the opposite. So don’t get discouraged too quickly, just apply the tips in this article and you’ll likely find out that she’s interested in you.

How do I tell if a woman is playing hard to get?

You now know why women play hard to get, but you are not there yet. It is often quite difficult to recognize whether a woman is trying to be hard to get, or just has no interest in you. Moreover, misinterpreting signals can lead to very unpleasant situations: you obviously don’t want to bother a woman who isn’t waiting for you.

Just because some women play hard to get doesn’t give you the right to harass uninterested women.

The main rule is as follows: if a woman really says unequivocally that she is not interested, then you will just have to listen to it, too bad. However, if she herself indicates that she has doubts, then chances are she is playing hard to get. [Read: How to attract younger women]

You can also pay attention to her body language. A woman who really has no interest in you will turn her body away from you, fold her arms, and not smile.

If she actually likes you, she’ll probably turn your body towards you (at most, she’ll turn her shoulders a bit) and giggle or laugh a little. She will also likely look down. If she looks up or to the side, she probably won’t like you.

Finally, I just want to go into flirting via WhatsApp or SMS, because the signals here are a bit different. If she doesn’t respond or responds rudely to your messages, it almost always means she’s not interested in you. However, if she’s just waiting a long time to respond, chances are she’s trying to be hard to get.

How do I deal with a woman who plays hard to get? 3 tips

You now know why a woman plays hard to get, and you can kind of recognize when that is the case. However, this is of little use to you in itself. Before you can do anything with this information, you need to know how to deal with women who play hard to get.

Fortunately, I have a few tips that you can use to see through this. The following tips usually work well if a woman is having a difficult time:

The easiest and perhaps most obvious way by a woman who plays hard to get is to point out the fact they are trying to play hard on you. You can confront her and tell her without even scaring her.

For example, you can do it in a semi-funny way. For example, you can say “I don’t know who you are playing hard to get for, but you don’t have to”. She is probably not even aware that she is doing that. By just naming it, she often starts to think “Yes, why am I doing this anyway?”. She will probably stop soon.

Sometimes women only realize that they are playing hard to get when you mention it.

Being honest by mentioning that she is playing hard will work magic. She may easily retract from her previous stand of playing hard.

Tip 2: Make it a bit ridiculous

Another way to stop a woman from playing hard to get is to make fun of her for playing hard to get. Please note this: by this, I mean to tease her a bit. Making her really ridiculous is more like bullying, and that doesn’t exactly make her feel attracted to you.

Just make fun of her. For example, say “I like it, I always played that hard to get when I was 16”. This shows her that what she’s doing is a bit childish without actually attacking her. Moreover, you show that you have humor, something that women usually find very attractive. [Read: Is she out of your league]

A third and last thing you can do is just play along with her game. If she says, “Maybe I don’t want to go home with you at all” you can say something back like “Maybe I don’t want that at all.” Don’t come across as angry with this, but just laugh a little playfully so she can see that you are playing the game of seduction.

If she asks you, “Are you flirting with me?” Reply, “I have been talking to a strange woman in a bar for half an hour now, why should I be flirting with you? ” In this way, you make it clear that this is indeed the case.

Hopefully, with this article, you can determine when a woman is playing hard to get, and then poke it through: in the end, this is better for both you and her, because you will get through what you want from each other faster.